The historic Cementville paved way for the The Quarry Golf Course in 1994 and since then we have been proud to provide a premium level golf experience to area residents and visitors. The history of our property and the adjacent Quarry Market area go much farther back that that though.

Prior to being developed our property was the home to Cementville and the Alamo Quarry. The company originally named San Antonio Portland Cement produced cement for buildings, roads and structures throughout the area. More important than the cement company were the people who worked here and the families who lived here. The company built a neighborhood here where generations of families lived, worked, went to school and grew up. That neighborhood was called Cementville.

Landmark 200-foot smokestacks at Alamo Quarry Market are the most visual reminders of the old Alamo Cement Co. plant and nearby working-class community known as “Cementville” that played a significant role in San Antonio’s 20th-century growth. 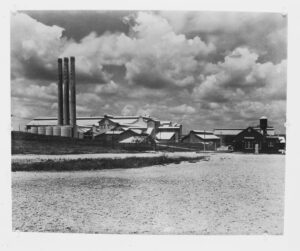 A poor, heavily Hispanic community that occupied that company town west of Alamo Heights generated countless memories and became a fascinating part of San Antonio’s cultural tapestry. Its past is now all but completely obscured, with the cement plant, rock pit and company village covered in newer development: the Quarry Golf Course, Lincoln Heights neighborhood, commercial structures and traffic. 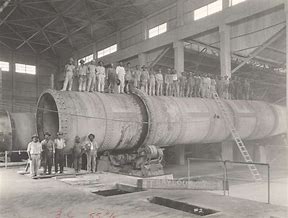 Cement production, one of the city’s oldest and biggest industries, included development of what is thought to be the first Portland cement plant west of the Mississippi River, founded in the 1880s by Alamo Portland and Roman Cement Co. It was in the area of today’s Japanese Tea Garden in Brackenridge Park. 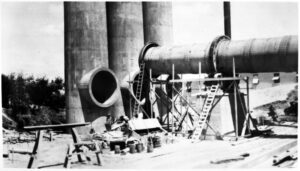 The cement company, then known as San Antonio Portland Cement and later renamed Alamo Cement, moved its quarry operations a few miles north and started building its new plant in 1908 on 500 acres outside the original city limits, where land was cheap, at least 2 miles from the nearest streetcar stop in Alamo Heights. Because of its remote location, the company built more than 90 three-room cottages for workers and their families, with supervisors assigned to old farmhouses in the area. The result was a close-knit labor community that included families whose presence spanned three or four generations. The plant’s smokestacks, which created an updraft, drawing smoke and gases away from the factory floor and providing ventilation for workers who made cement with extreme heat and crushed rock, provided a visual icon that made the industrial complex visible from miles away. 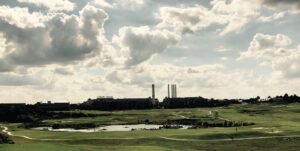 We embrace our Cementville history and honor the men, women and families who worked and lived there. As a part of our 2018 club house renovation we placed photos of the historic Cementville and it’s workers in prominent locations throughout our building. When you play The Quarry, you are truly playing history.